This newspaper photo of Vera Cameron Curtis (1879-1962) appeared in the Bridgeport Evening Farmer of April 22, 1912. A Bridgeport native, Curtis was the first singer trained in America to become part of the Metropolitan Opera Company. She was also on one of only a handful of Americans in a company made up mainly of European performers.

In the Bridgeport Evening Farmer of June 24, 1914, Curtis discussed the process by which someone who had been singing in churches was accepted into the Met. 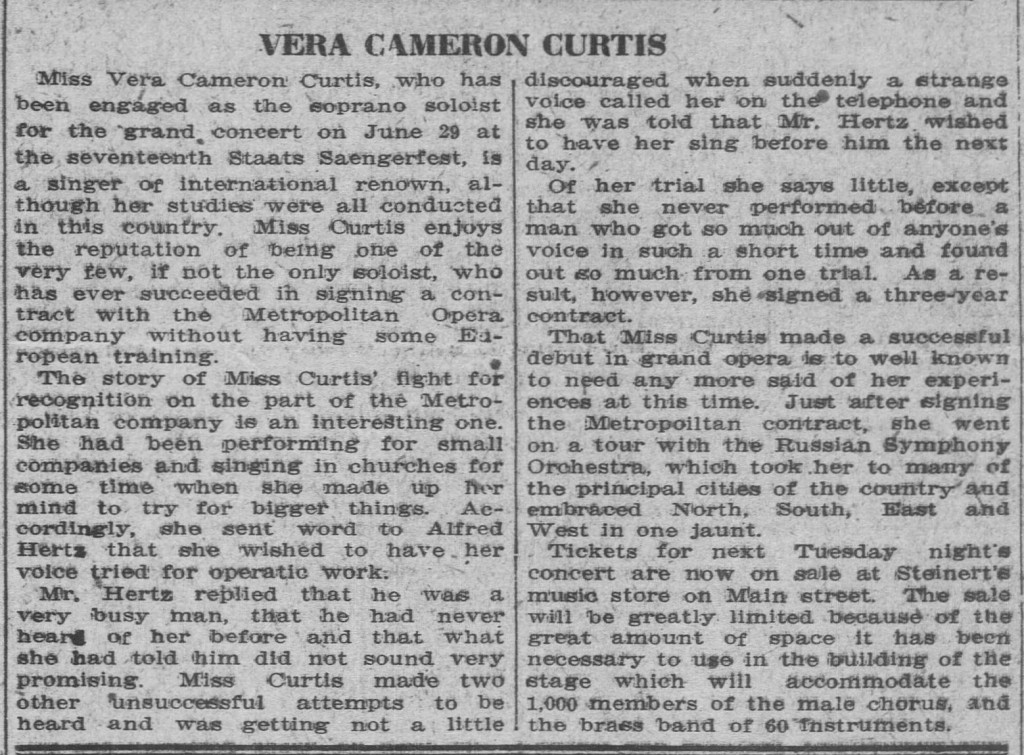 On October 19, 1916, concurrent with a fundraising recital in which she performed at the United Congregational Church in Bridgeport, she gave a long interview about life in this illustrious group, commenting on the artists, the director, the costuming, the dressing rooms, and so on. It can be read in Chronicling America, along more than 80 other mentions of her work.

The Connecticut Digital Newspaper Project continues to unearth stories of forgotten Connecticut personalities who made our state’s history.