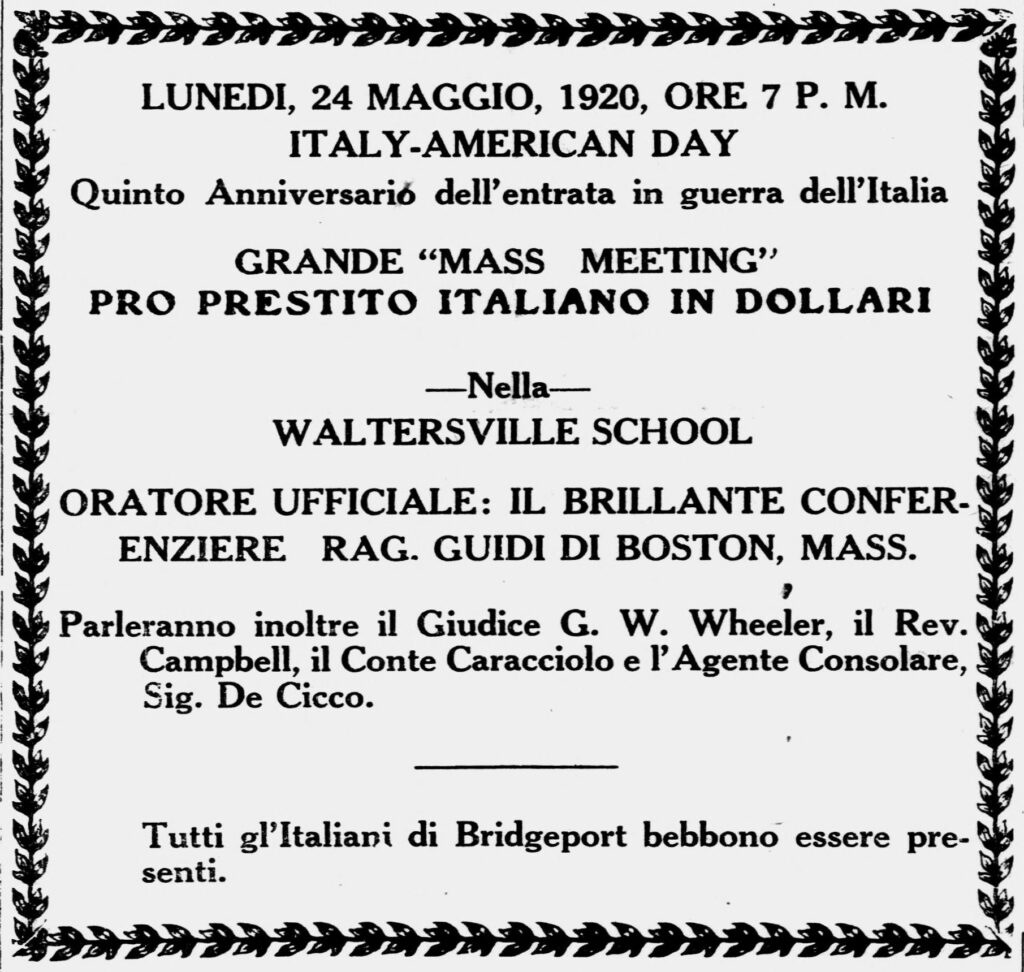 An estimated 300,000 men of Italian descent served in the U.S. armed forces during the First World War.  It is said that much as 10% of the American casualties in the conflict involved this community.  In Connecticut, as in 20 other states, May 24, 1920—the fifth anniversary of the entry of Italy into WW1— was celebrated as Italy-America Day.  The day was designated by the Italy-America Society, a group anchored by the U.S. statesman and diplomat Charles E. Hughes. Hughes founded the society with the hope of countering German propaganda against the U.S. in Italy proper.  The News Bulletin of the Italy America Society explained that the day would recognize” Italy’s magnificent part in the winning of the war” and be a “tribute to her national genius in arts, letters, and science”(No. 5, June 9, 1920).

Nonetheless, it became a day on which Italian immigrant communities were brought to the center of attention and surrounded with good feeling.  It became an important opportunity for the Italian-American community to strengthen its ties with both local and national establishments and to demonstrate its patriotism in a year where a troublesome nativism was already rearing its head.  A full account of the 1920 celebration in Bridgeport fills the front page of La Sentinella.

La Sentinella (1920-1930) is one of 3 historic Italian-language Connecticut weeklies to become available online at Chronicling America.  La Tribuna del Connecticut (1906-1908) and L’indipendente (1908-1922) are the other two.  Although the number of issues extant for these selections is limited, they are quite useful for research into the life of the Italian immigrant communities in our state.