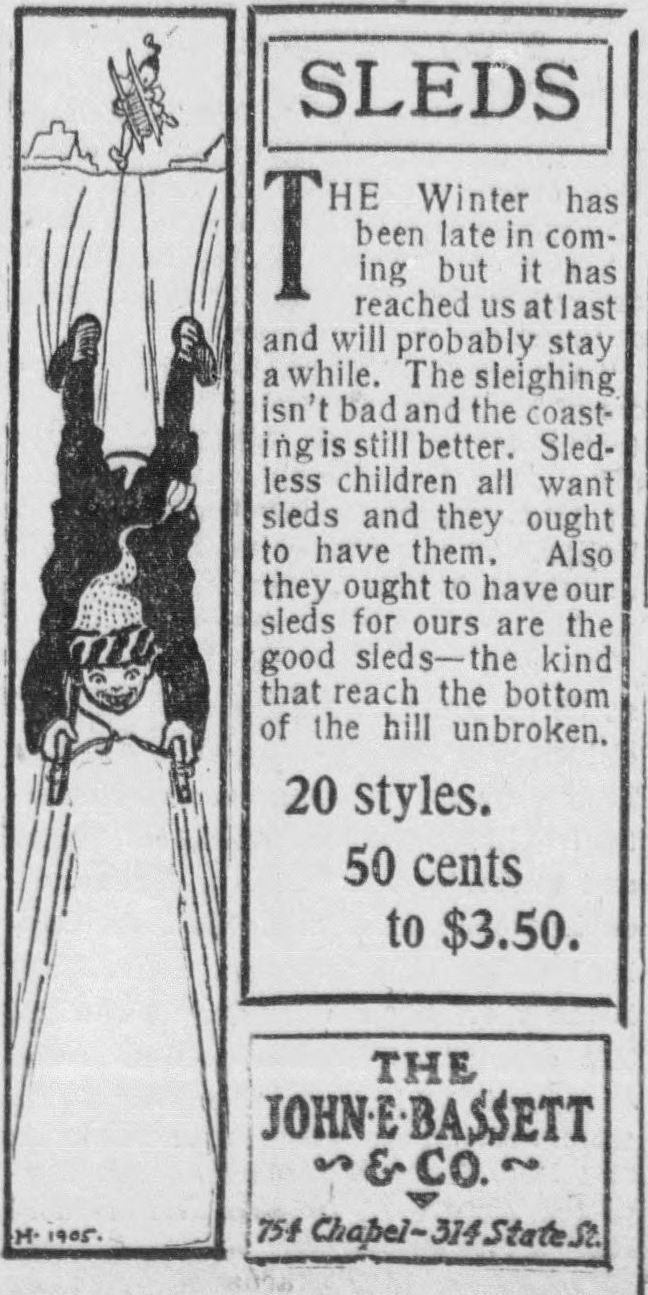 In 1906 when the John E. Bassett & Co. ran this ad in the New Haven Morning Journal and Courier, the venerable dry goods and hardware store was already 122 years old, having been founded in 1784.  According to the New Haven Museum, it was the oldest concern of its kind in the state.  According to the Historic American Buildings Survey of 1964, it was also the oldest business in New Haven.  The store from which these sleds were sold was located at 754 Chapel Street.  Photos of its appearance at the time of a Historic American Buildings Survey published in 1964 are available through the Library of Congress.

The Morning Journal and Courier and related titles from 1880-1908 is currently being digitized by the Connecticut Digital Newspaper Project, with some years already online in the Library of Congress’ historical newspaper database called Chronicling America.