On August 22, 1894, around 200 Connecticut African American leaders met at the famous Savin Rock establishment of the caterer J. W. Stewart and formed a new organization for the “betterment of the conditions of Afro-Americans.” The new group was called the State Sumner League of Connecticut.  It was considered a club of the Republican Party and its purpose was reported as “the improvement and advancement of the colored citizens of Connecticut to the end of healthy and material progress—politically, socially, intellectually, and morally” (Daily Morning Journal and Courier, Aug. 23, 1894).

In response to the era’s frightening advance of de jure and de facto segregation, disenfranchisement, and extra-legal violence in the South, to say nothing of deepening discrimination in the North, the founders of the Sumner League asserted the right of all citizens to “every civil right without distinction or account of birth, race or previous social status.”  Within a few years, the League was being mentioned in several of the most important African American newspapers in the country.

The news was usually regarding the activities and speeches of the League’s president, the New Haven bootblack Joseph P. Peaker (1852-1937).  On one occasion, Peaker was reported to be serving as the president of an 1896 “colored convention” in Boston, and, during other years, he was listed as a member of the Executive Committee of the major civil rights organization of the time, the National Afro-American Council (1898-1907). 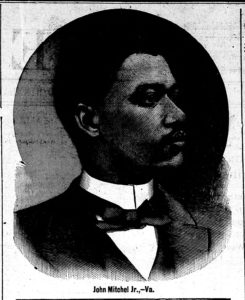 Peaker also played a key role in the 1897 Connecticut tour of the outspoken editor and publisher of the Richmond Planet, John Mitchell, Jr.  Mitchell was a living legend who used his newspaper to crusade against lynching at great personal peril.  Thus, his appearance in Connecticut was widely covered.  On March 26, he spoke in New Haven to a large crowd of around 300 on “Outrages in the South and the Lunenburg Case.”

According to the news account of his talk in the Planet, Mitchell spoke for an hour in great detail about the many cases of unjustified imprisonment and lynching of African Americans in Virginia.  He was congratulated by Black Connecticut leaders for his efforts to free three innocent women from Lunenburg County — Pokey Barnes, Mary Barnes, and Mary Abernathy — who were unfairly accused of murder and sentenced to death.

Mitchell left a fascinating and detailed first-hand account of the Connecticut tour, in which he discussed the people he met and places of interest that he visited (Richmond Planet, April 3, 1897, p. 1, cols. 7-9).  In it, he described Joseph Peaker as “an original character, a race man through and through, a polished speaker, using chaste English,” and “in his glory” at the podium.

Peaker seems to have been involved in national civil rights initiatives that were truly central to the period. A year after the Mitchell tour, in 1898, Peaker appears in a national wire service story about a historic mass meeting at Cooper Union in New York City (Daily Morning Journal and Courier, Nov. 18, 1898, p. 1, col. 4)). He is said to have made brief remarks,  sharing the stage with some of the great African American figures of the day.  These included the New York Age editor Thomas T. Fortune and Ebeneezer J. Barrett, the former U.S. minister to Haiti.

The Cooper Union meeting was called in response to the Wilmington (North Carolina) race riot, an incident in which an armed band of 500 townspeople, led by a former Confederate officer and white supremacist, forced the ouster of the Republican town government and burned the offices of the Daily Record.  Many prominent African Americans were able to flee to safety, but 14 Black residents were killed.  The Cooper Union meeting condemned this violence but went on to do more.  The attendees also resolved to protest the constitutional changes that allowed Mississippi, South Carolina, and Louisiana to disenfranchise more than half of their populations and called upon the federal government to pass a constitutional amendment that would allow the president to use federal troops to protect African American life and in the southern states. 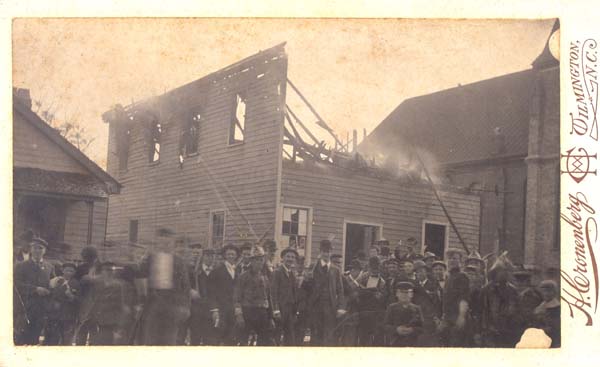 The destruction of the Daily Record building by Waddell’s Army during the Wilmington Riot of 1898.

Many of the figures speaking out at the Cooper Union went on to found an important organization, the National Afro-American Council. By 1899, Peaker, again identified as president of the Sumner League of Connecticut, is listed as part of the executive committee of the new group.  He was again rubbing shoulders with some of the most important Black leaders in the country:  Fortune, Mitchell, Bishop Alexander Walters, Ida B. Wells, Mary Church Terrell, W.E.B. Dubois, and Booker T. Washington.

While the general mission of the Council was the effort to dismantle segregationist Jim Crow legislation, the immediate impetus for its formation was the mob assault and murder of the African American postmaster Frazier Baker in Salt Lake City.  Their work on the behalf of Baker, and many others, consciously bridged the range of strategies found in the movement at the time.  Perhaps uniquely, they urged both protest and self-help, and were admired because they were granted annual meetings with President McKinley.  The NAAC’s effectiveness has been debated, but contemporary scholar Shawn Leigh Alexander, author of An Army of Lions, argues that it played a critical role and laid the foundation for the formation of NAACP in 1909. 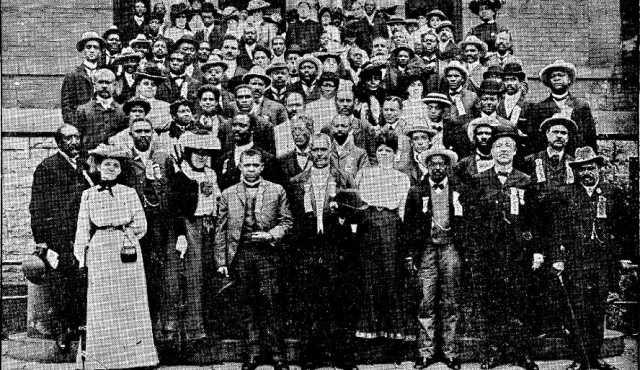 The New Haven Daily Morning Journal and Courier run (1880-1907) that carries the stories about the Sumner League is now being digitized by the Connecticut Digital Newspaper Project and will be searchable  in the Library of Congress database of historic newspapers known as Chronicling America sometime in early 2017.  Then, stories about African American Gilded Age Connecticut in state newspapers like the Journal and Courier will be easily contextualized by viewing them side by side with related articles from the many key African American newspapers already found in the database. For this period, these include the Richmond Planet, the Washington Bee, the Saint Paul  and Minneapolis Appeal, and dozens of others.  The prominence of the Connecticut movement in the post-Reconstruction campaigns against lynching and disenfranchisement in the South, and for an end to discrimination in public accommodations in the North, can now be more fully told.

Alexander, Shawn Leigh. An Army of Lions: The Civil Rights Struggle before the NAACP.  Philadelphia:  University of Pennsylvania Press, 2012.