Combinations and the Commerce Commission: the Billard Affair Makes the Headlines, 1914 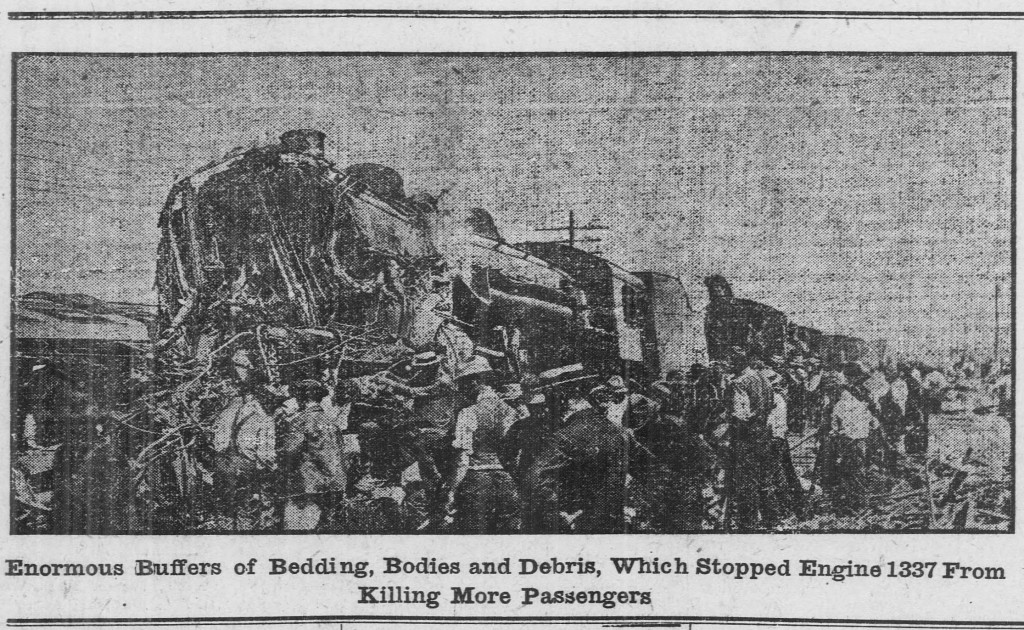 The New York, New Haven, and Hartford Railroad was made very vulnerable by a series of highly publicized train accidents that tarnished its reputation in the public mind. In 1913 alone, 198 employees and 37 passengers were killed in New Haven train wrecks.  One of the most spectacular crashes occurred on September 3, 1913, when Mellen’s White Mountain Express, “loaded with vacationers,” including forty young boys returning from camp in Maine, ploughed into the Bar Harbor Express just outside of North Haven, Connecticut.  Twenty-one passengers were killed and fifty seriously injured.  The public was ready for a reckoning and the ICC investigation of the Billard affair was welcomed.

If there was one case that has come to epitomize the Progressive Era struggle between muckrakers and monopoly in Connecticut, it was the struggle between Boston attorney and future Supreme Court justice Louis D. Brandeis and J.P. Morgan’s New York, New Haven, and Hartford Railroad. 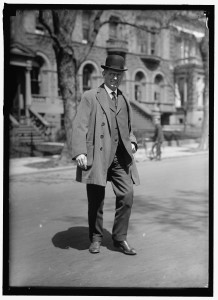 The fight to take down the New Haven road was characterized by Brandeis and other Progressives as a battle royal between “the money interests” and “the people.”  For Morgan and New Haven railroad president Charles Sanger Mellen, on the other hand, the Progressives’ fight against the railroad, trolley, and steamboat mergers they had orchestrated was a threat to efficiencies of scale and the imperative to destroy competition.

Brandeis began his campaign against the financial practices of the New Haven road in 1907 and eight years later, in 1916, a jury trial of 21 of the biggest names in American business and finance for conspiracy to violate the Sherman Antitrust Act ended with all of them either given immunity, acquitted, or set up for retrial. 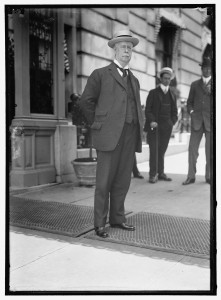 The retrials never happened because, in part, the wave of public anger at the trusts subsided in the patriotic buildup to US entry into World War I.  Between 1912 and 1916, however, news about the New Haven railroad mergers, financing, and corruption was at the center of politics and journalism in Connecticut.

What Connecticut transportation historian Richard DeLuca called “one of the most bizarre episodes in the history of the New Haven”—the Billard affair— hit the state’s newspapers on April 10th of 1914, one hundred and two years ago. 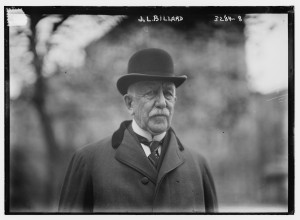 The Bridgeport Evening Farmer front page article highlighted some of the exchanges in the first Interstate Commerce Commission hearings on the secret financial relationship between John L. Billard and the New Haven road most likely to appeal to their populist readers.  When asked questions about the money trail, the banker Henry V. Whipple “declined in every instance to answer.”  When asked if he was prepared to produce the relevant books, documents, and contracts, the banker would say no more than “I am not.”  When the treasurer of the New Haven was asked if Billard had been acting on behalf of the New Haven when he bought stock from a New Haven subsidiary for $126 a share and sold it back to the same for $150 a share, pocketing $2,700,000, he replied, “I do not know.”

The creative financing in question grew out of the attempt of Morgan and Mellen to gather all the important New England transportation companies into one giant monopoly. To keep their efforts quiet and avoid regulatory obstruction of their plans, the New Haven created a wholly owned subsidiary called the New England Navigation Company.  Through this subsidiary, Mellen purchased the majority of shares in the region’s largest railroad, the Boston & Maine.  When this came to the attention of the Progressive crusader Louis D. Brandeis, he published a 72-page report that charged the New Haven with shady financing and covering up their insolvency.  Soon the Interstate Commerce Commission became interested in the Boston & Maine transaction, which they feared would lead to a combination with fearful power.  In response to the threat of regulation, Mellen sold the stock of the Boston & Maine to the then obscure Wallingford, Connecticut coal merchant John L. Billard.  Billard was then worth only $30,000 but was mysteriously able to borrow $14 million from a Morgan bank to buy the stock.  Conveniently, the Massachusetts legislature and governor simultaneously created the Boston Railroad Holding Company, “a paper operation in which Mellen and the New Haven, through a subsidiary, held majority control” (DeLuca, p. 180). Billard then resold the Boston & Maine stock to the Boston Railroad Holding Company, putting the Boston & Maine right back in the hands of the New Haven.  The maneuver went unchallenged for a while, but soon further financial troubles, specifically the railroad’s inability to pay dividends, led to the full-blown ICC investigation of 1914.

The Billard affair was only one moment in the Progressive Era contest in Connecticut between the trust-busters and those who saw monopoly as good business. Not only the details of this famous incident, but the story of New Haven Railroad, good and bad, from the beginning of its merger mania through the World War I period, can be found in the Connecticut newspapers in the free database Chronicling America.