When Brewers Posed as Farmers to Defeat Woman Suffrage

The use of populist posturing to win votes is much discussed in the blogosphere this electoral season. In 1915, a populist campaign designed not to win votes, but to forestall votes—votes by women, that is– was exposed by the New Republic to the great delight of Connecticut Suffragists. The woman who explained the ruse to the
Connecticut public was Annie G. Porritt, a leading feminist and intellectual, whose regular bimonthly column [c. 1913-1916] in the Bridgeport Evening Farmer faithfully gathered the suffrage campaign news of the state and artfully deconstructed whatever anti-suffrage propaganda offensive was underway. 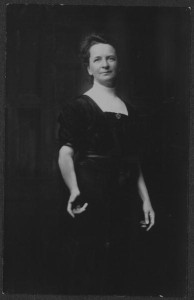 On September 4, 1915, Porritt wrote “It is exceedingly interesting to learn that the articles signed by Peter Radford, which have been appearing in newspapers all over the country, are in reality supplied by an anti-suffrage organization to which the brewers have been large contributors. Peter Radford writes as if he were an honest farmer, and his argument might appeal to some men and women who have not thought much on the question.” The Connecticut suffrage movement, however, had quite a following among state farmers and farmers wives, and according to Porritt, this should not be surprising as the granges “give equal right to women with the men. The women are not excluded, she wrote, “from the right to help in choosing the masters and officers of the granges or even from holding office themselves, and it would be hard to convince a woman granger that her opinion was of no account when it came to picking out the right men for these places.”

So why was Peter Radford, the president of the National Farmers’ Union, the voice of a national campaign to deny women the vote? Porritt refers her readers to a New Republic expose, “BrewingPropaganda,” published August 21, 1915.  “The methods of 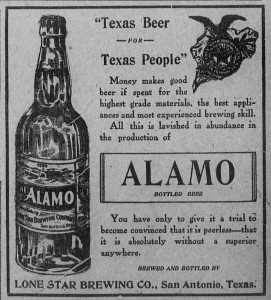 All of the businesses, but especially the breweries, were, according to the New Republic, implicated in a system of supplying free “news matter” to rural newspapers, and that “news matter” was sent out under the auspices of the National Farmers’ Union. It all began when Peter Radford, then president of the Farmers’ Union, was given a salary of $125 a month to lead a “farm life commission” for the Texas Businessmen’s Association.  Soon, “news” from a “National Farmers Union Lecturer,” began to flow.  According to the New Republic, the scheme was the death of the Texas Businessmen’s Association, but for a period of time, they succeeded in making it seem as if the hard-working farmer, in common-sense opposition to the female vote, might seriously influence the public mind. Apparently, it was not the type of propaganda effort, but its sheer audacity, that made the Texas Businessmen’s Association foray into politics so noteworthy. “But for its extent, the New Republic concludes, it would deserve little more notice than any of the lies and feeble innuendo circulated before elections and during legislative campaigns.”

Porritt, who had authored numerous books, pamphlets, and widely-read articles by this date, was an important national propagandist herself. She cleverly used the New Republic’s muckraking to bolster the Connecticut movement and heap praise on the farmers’ movements, movements that she hoped would, by and large, support suffrage. Readers interested in Porritt’s journalism and literary work for national and Connecticut suffrage organizations can read more about her in the finding aid to her papers in the Sophia Smith Collection at Smith College.  To browse her columns in the Bridgeport Evening Farmer in Chronicling America,  select “Advanced Search”, then this newspaper title,  and enter “A. G. Porritt” in the search box for phrases.

Nichols, Carole. Votes and More for Women: Suffrage and After in Connecticut. New York: Institute for Research in History: Haworth Press, 1983.  Available at the State Library at <https://cscu-csl-primo.hosted.exlibrisgroup.com/permalink/f/148en6t/01CSCU_NETWORK_ALMA7176535720003451>.

The Causes of the Revolt of Women in England.  New York: National American Woman Suffrage Association, [1912].