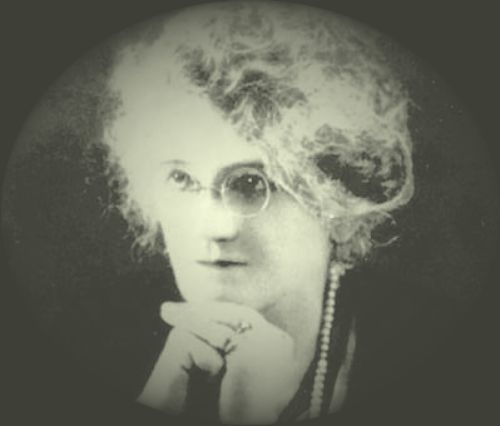 Ana Roque de Duprey, one of the founders of the Feminine League, which supported restricted woman suffrage.

In the early twentieth century, Connecticut newspapers regularly reported on politics in Puerto Rico. This included the news around the fight for the woman’s vote.  In March of 1919, a bill regarding female suffrage was introduced into the island’s House of Representatives by Representative Gonzales Mena and the Bridgeport Times carried the news.   This particular bill, because it called for universal female suffrage, was opposed by the more moderate liberal wing of the suffrage movement.  The Feminine League argued that the movement should be “responsible” and support the vote for literate, educated women.

The League was challenged on this by suffragists who were based in the labor movement and supported suffrage for women workers who had not yet had the opportunity for a formal education, but were fierce in their advocacy of social reform.  Literate women in Puerto Rico achieved the vote in 1929.  Universal female suffrage was finally granted in1935. Both wings of the movement made their contributions to the final victory, making Puerto Rico the second place in Latin America to grant women the right to vote.

Patricia Cases, Rafael Negron, Wendell Rivera, and Alejandro Romero., “Pants On: The Plight for Women’s Suffrage in P.R.,” accessed at https://www.youtube.com/watch?v=ZTrk5dbCMqk on October 9, 2018.