Audio recordings of articles from the Connecticut Digital Newspaper Project’s digitized World War I-era newspapers have been read aloud by volunteers at CRIS Radio as part of a project called Voices of World War I. The project was funded by a grant from the National Historical Publications & Records Commission and makes use of newspapers available online at Chronicling America https://chroniclingamerica.loc.gov/

Thirteen articles from the Norwich Bulletin and the Bridgeport Evening Farmer, Bridgeport Times and Evening Farmer and Republican Farmer were selected from newspapers digitized for the National Digital Newspaper Program. 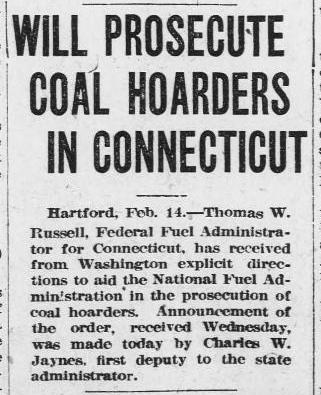 The coal shortage in the first winter of the U.S. involvement in the war came about during an attempt to centralize fuel distribution in the midst of war mobilization and an especially cold winter. This article hints at the impact of the shortage. To deal with the crisis, the railroads were finally nationalized in March 1918.

The Voices project was conducted by CRIS Radio, the IDEAL Group and the Connecticut STate Library. It seeks to improve access to archival records and historical documents for individuals who are “blind or have a range of print disabilities”. The audio recordings feature the Connecticut State Library’s World War I collections “including: letters to home; diaries; servicemen’s war record questionnaires; state-produced pamphlets and; front page newspaper accounts during the war. [WWI Archives Made Accessible with Audio Recordings” blog entry [est. date: Feb. 2017] from CRIS Radio https://crisradio.org/?page_id=1084 ]

CRIS : Audio Access for People who are Blind or Print-Challenged https://crisradio.org/

To see the full issue of these newspapers, use the calendar view from the list of Connecticut newspapers in Chronicling America:  https://chroniclingamerica.loc.gov/newspapers/?state=Connecticut&ethnicity=&language= 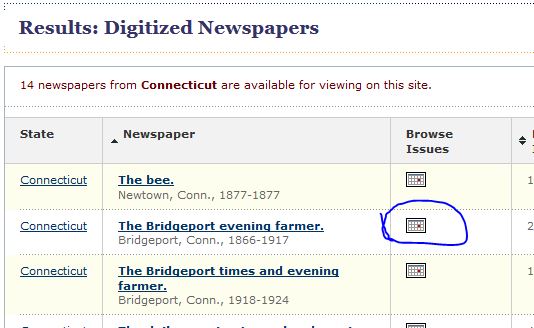