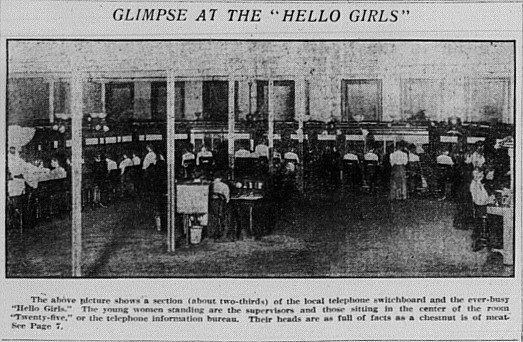 It was the District Telephone Company of New Haven (later Southern New England Telephone) that established the first commercial telephone exchange in the nation in 1878. Thirty years later, the Morning Journal-Courier of New Haven gave its readers a look at the telephone exchange, its technology, and the people – women, mostly – who made it work. In an era when Victorian standards did not highly value women who worked outside the home, these “Hello Girls” were at the nerve center of one of the most advanced technologies of the time.

Initially, boys and young men who had experience as telegraphers were employed as operators. However managers soon found that male operators were undisciplined and often rude to subscribers. As management saw that women were more likely to have the qualities – patience, courtesy, good speech and attention to detail – that made for good operators, women soon were the predominant choice for the job. Not just any women, though. The telephone companies sought women who were “respectable”:

“L.B. McFarlane, Bell Telephone Company’s manager for Canada East, declared in the Daily Witness that ‘…in their selection the greatest care is exercised. They must be girls of irreproachable character, recommended by their clergymen.” (Martin, p. 58)

Waitressing and factory work were dismissed by Victorian morality as worksites threatening to good female character, but the young woman whose references allowed her to secure an operator position was considered to be in safe hands.

Unfortunately, as in the teaching profession, respectability did not result in higher wages to the operators. Wages were often based on arbitrary criteria like age, voice quality and discipline. Overtime pay was non-existent. In addition, strict behavioral codes were imposed by the employer. Ironically, it was the code of conduct that, designed to make palpable to telephone users the “morality” of the operators, made the low pay secondary to the relatively high status of the job:

“The operator occupation, however, did not represent a sub-market job involving a low social status. The job was a very important part of the production process of the telephone industry, and acquired a higher social status after being labelled [sic] as a “female” occupation, although its wages did not improve. This higher status was partly due to the fact that barriers of “respectability” were placed before prospective employers, and because certain behavioural [sic] demands were imposed on actual employees.” (Martin, 162)

Operators who were perceived as trustworthy with business secrets and private information were a big selling point for the company’s product. 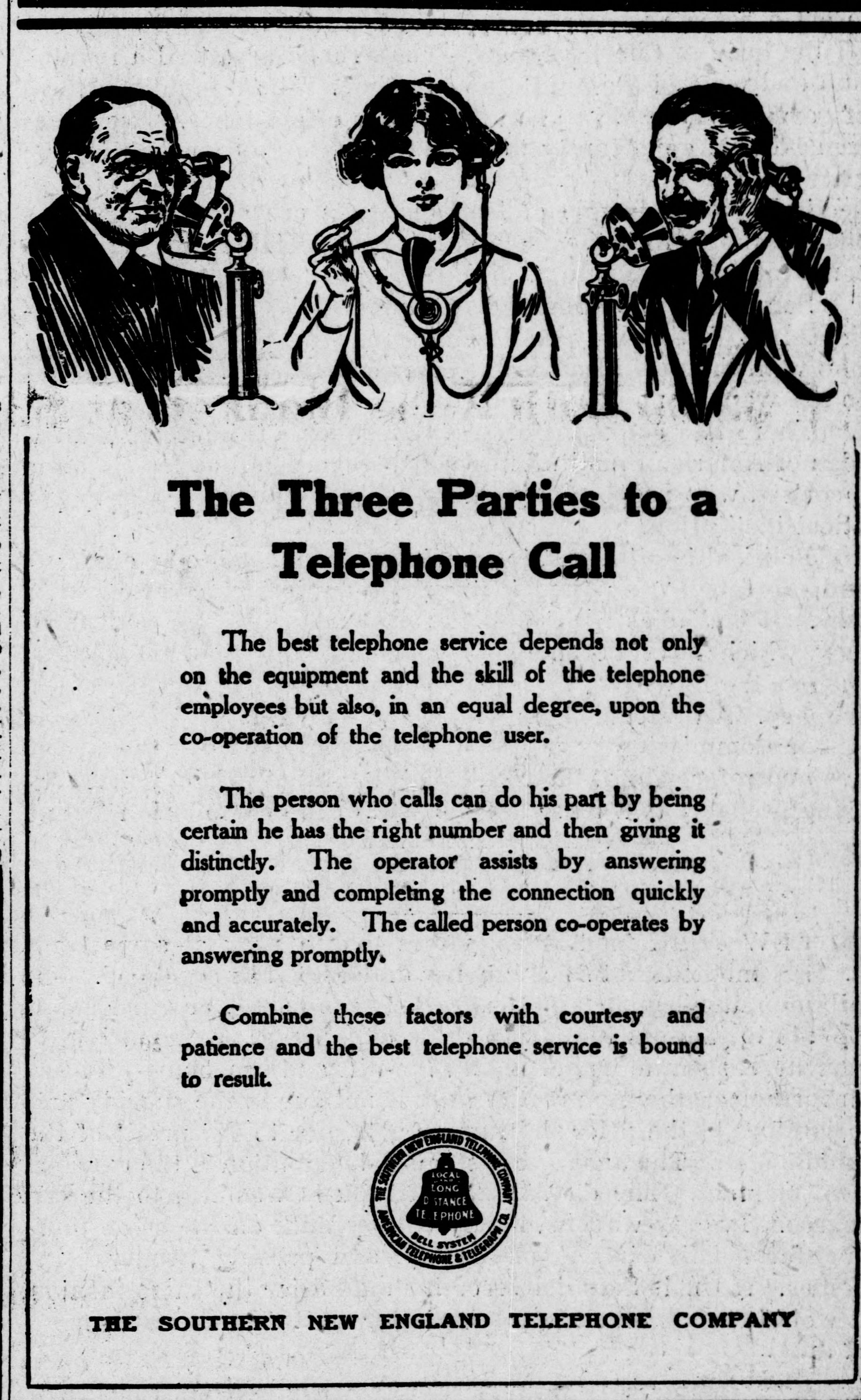 For a number of years, then, the demure and reserved female operator was the secret to the profitability of the industry. Eventually, though, the advances in switching technology were too important to ignore:

“In the telephone industry, for example, some companies swiftly adopted automatic switching equipment, while the largest, American Telephone and Telegraph, committed itself to a manual labor process dependent on female operators. After World War I, however, AT&T dropped its longstanding opposition and emerged as the leader in the design and manufacture of automatic equipment.” (Lipartito, p. 1078)

Once automatic switching displaced manual switchboards, operators handled collect calls, long-distance calls, provided directory information and connected emergency calls with police, fire, and medical services. The change obscured some of the most important decades in the industry’s history, years when the women who “were switches” made it all work.

The New Haven Journal and Courier, under all the variant titles that it held from 1880-1908, is currently being digitized by the Connecticut Digital Newspaper Project.   The first issues should appear in Chronicling America sometime in the Fall of 2016.

Martel, Caroline. The Phantom of the Operator [DVD] Productions Artifact, 2004.