When Norwich was a Roque Capital of the Nation 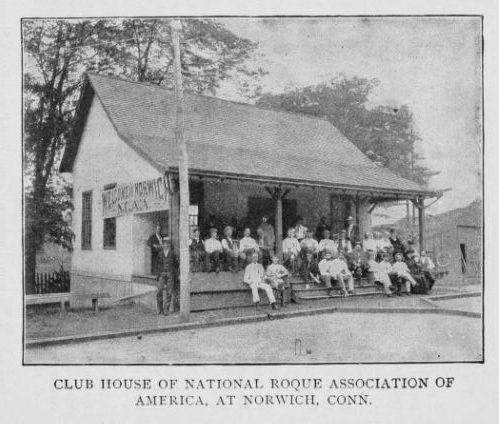 On July 14, 1914, the Norwich Bulletin reprinted a letter sent to all the members of the National Roque Association reminding them that the 32nd annual tournament, to be held, as always, in Norwich, Connecticut,  was fast approaching.  L.C. Williamson worked to encourage attendance, promising that “Nine courts, unsurpassed for excellence, either in surface, border or other equipment (cement borders having been placed thereon), located in a spot noted for its loveliness, will furnish the field . . . on which the game. . . will be seen in its perfection.” Side attractions for the entertainment of visiting players accompanied the tournaments. An August 20, 1914 article reported that these included Tubb’s band, Swahn’s orchestra, and Master Harry Allen, a five year old “cornetist.” 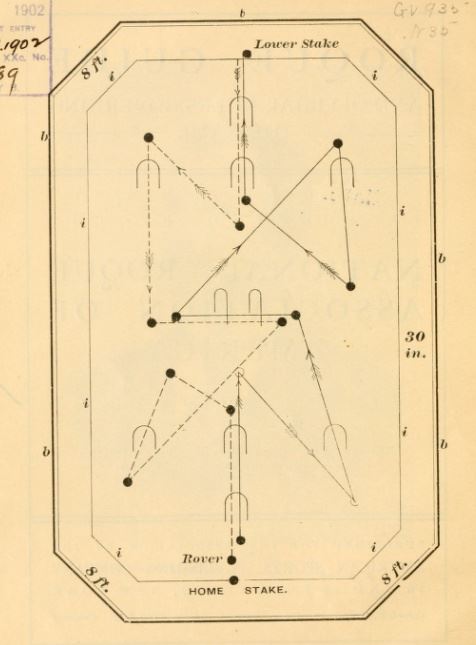 According to an August 27, 2010 article on the ESPN website, roque (pronounced like “croquet,” from which its name is derived) is played in pairs on a large, oval-shaped court made of clay and sand with 6-inch-high boards around the sides. Reporter T. Sean Herbert says that, today, “players use those boards just like hockey players do to advance the puck.” The rules as codified in 1902 can be viewed online in Spalding’s Official Roque Guide.   A resident of Angelica, NY, told Herbert that the game used to be played there only by local businessmen in proper attire. It seems likely that roque in Norwich, too, was one of the new sports that began to be enjoyed by the Gilded Age middle classes who had been rewarded with new leisure time as a result of the growth of the corporation and a rise in prosperity.

The Connecticut Digital Newspaper Project has provided a 1909-1922 run of the Norwich Bulletin to the Library of Congress’ historic newspaper database, Chronicling America.  Sports, entertainment, the arts, and popular culture in Connecticut for these years are easily explored in its pages.

Shrock, Joel.   The Gilded Age. Westport: Greenwood Press, 2004. Preview available via Google Books. This is a text in the series American Popular Culture Through History which contextualizes the roque phenomenon, but does not mention roque specifically.